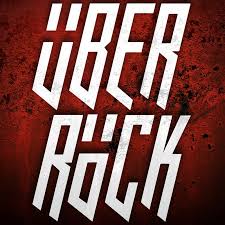 — Welcome to the New World

Walk In Darkness – ‘Welcome To The New World’ (Self-Released)

Here is one that went completely under my radar until recently. This album was released back in February, and I wanted to make it aware to everyone here. This band combines their metal with goth overtones and the amazing vocals of Nicoletta Rosellini. I have found myself having more and more difficulty getting into new metal bands as I have become older, but every time I start to get disheartened I find some bands that connect with me like Walk in Darkness, Kalidia and Frozen Crown. Walk in Darkness came to my attention after hearing the latest single for Kalidia where Rosellini also sings.

Let’s get one thing out of the way right away: this album will likely not be for everyone as it is not an over the top thrash album or death metal. It fuses the metal elements onto more of a goth frame and has reminded me more of early Within Temptation and Nightwish. Opening track ‘Crossing The Gate’ moves forward on a piano pattern initially and then adds some crunch to it. Rosellini has an awesome voice that consistently makes the hair on my arms raise as she nails note after note. The biggest letdown on the opening track is really the male backing vocals that growl and roar in the mix but do not really offer anything of substance for my tastes. The songs where they lean on Rosellini have the biggest payoff for me.

Follow up song ‘Sailing Far Away’ features some exquisite mellow guitar playing both on acoustic and electric. The piano is once again a very prominent instrument on this song as it does not add any power until the final minute of this six-minute epic. This song refrains from any growling vocals and creates a magical moment. ‘Welcome to the New World’ builds with a quiet midtempo beat and an ethereal vocal by Rosellini as some tasteful guitar touches join the verse before adding some power to the song up through the pre-chorus. The band then throws a curve ball by cutting it back to largely the piano and vocal hook for the chorus before it powers back to its full speed and band participation. Rosellini uses her voice in a multitude of ways here and really showcases herself as a masterful performer.

Last song on the first half of the album ‘Rome’ begins with some acapella vocals and then a killer guitar riff that raises the tempo. The song has multiple musical passages and some very nice drum work. The vocals elevate the song to a whole other level and has mentioned earlier the quality of them constantly has the hair on my arms raised. The back half of the album begins with the quiet acoustic guitar lament of ‘I’m the Loneliness’ before shifting to a quicker tempo metal song that brings back the growling male vocals. They are better used here though than they were in the album opener. I love the guitar work throughout this one and have actually thought about the Opeth albums ‘Still Life’ and ‘Damnation’ multiple times when I have played this album. The gorgeous soaring vocals obviously create quite the contract between the two, but there is a heart and spirit that is similar in them. I should probably mention that ‘Still Life’ is my favorite Opeth album. ‘Persephone’s Dance’ actually opens on a darker electric riff and beat that the rest of the album and then gives way to gentle guitar, piano, and vocals for the verse. As it shifts to its next movement, Rosellini sings with power and showcases even more dexterity and ability in her voice. This song has become one of my favorites from the album as I love how it incorporates even more metal into the sound.

Approaching the end, we have ‘Flame on Flame’ where the band takes an early Iced Earth type opening and melds it to their dark gothic approach. The electric guitar riff provides the song a lynchpin to hang to as it turns on the intensity and lessens the intensity. The layered vocals in the chorus provide a different approach than elsewhere on the album. Finale ‘A Way to the Stars’ is another favorite from the album as it builds from its gentle opening to some truly epic, powerful moments. This album truly is a magical journey with this song providing the best payoff imaginable. Rosellini again sings in a majestic voice that can sound incredibly delicate to the most assertive, such as how she moves from one passage to another here before offering a huge vocal in the chorus.

This is not an album you throw on the stereo while going out for a drive or just wanting something on in the background as you do things around the house. This is an album that draws you in closer and consumes you. While it can be enjoyed a song at a time, do not be surprised if you find yourself constantly wanting to take in all eight songs in one sitting. This is an emotional journey where Rosellini is telling us a story that must be heard. While the singing is faultless from a technical standpoint, it is even more powerful in its emotional depth. Welcome to the new world indeed….

• ‘Welcome to the New World’ is out now. You can get your copy HERE.

‹ Walk In Darkness — Time To Rise

Myprogmusic: Welcome to the New World › 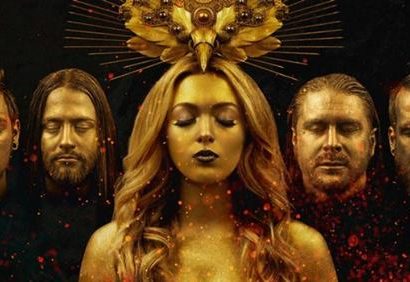 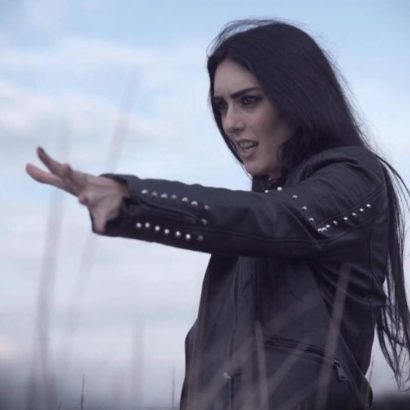 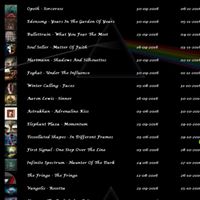 Welcome to the New World